The name hamantash, is commonly known as a reference to Haman, the villain of Purim.  They are also called “Haman’s ears” or “Haman’s hat”. 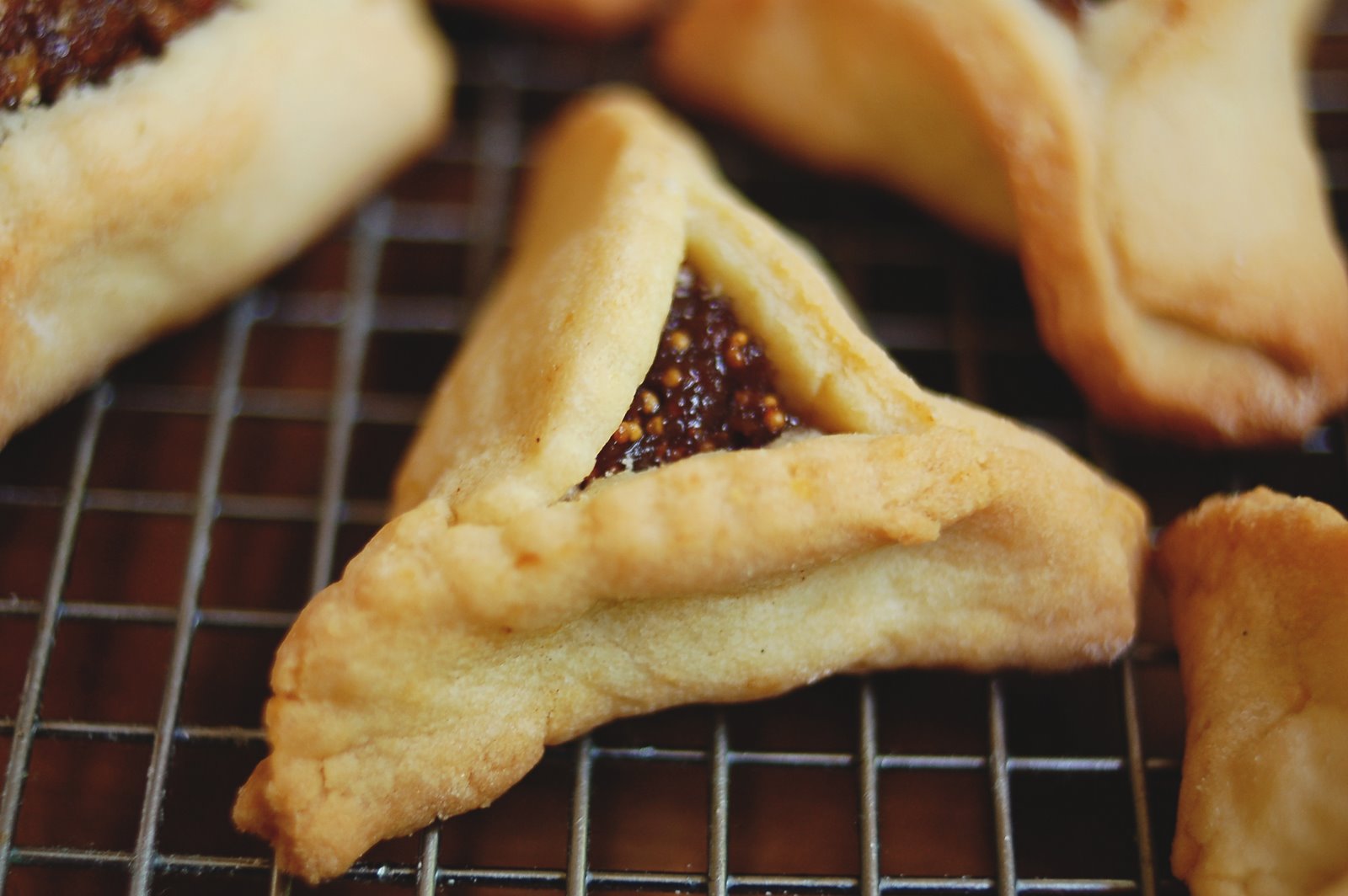 I like holidays.  I LOVE Halloween and Thanksgiving and as I get older I appreciate, more and more, the Jewish holidays.  I was not raised religiously.  We went to Sunday school, celebrated Hannukah and always went to my Aunt Joyce and Uncle Herb’s for Passover. Being the youngest of 7 grandchildren, even though I rarely found the hidden matzoh, I always seemed to get a 50 cent piece from my uncle Irv.
I never really understood the meaning of Purim until my oldest two boys were in Jewish pre-school.  Each holiday I would go to Children’s Book World and buy one or two books relating to the specific holiday we were celebrating.  My kids still love  Queen Esther Saves her People and I still enjoy reading it with them.
With Purim around the corner, I wanted to bake for Eli’s Hebrew school teacher.  I searched on line for a good hamantaschen recipe.  I found one at epicurious.com.  I made the dough and opted to make the date filling.  I made a double batch of dough. However, when I went to make the filling, I only had enough dates in the house to make one recipe of filling.  I had a jar of really good figs, so made the second batch of filling with the figs.
After baking the first batch with the date filling, I tasted one.  I wasn’t in love with the taste of the cookie part.  The recipes calls for a lot of orange zest.  Orange zest is in both the filling and the dough.  In my opinion, way too much citrus.  If I were to make this dough again, I would omit the zest in the dough all together.  I would also cut the zest in half for the filling.
I had used up all the dough, but still had filling left over.  So I started thumbing through some of my cookbooks.  I went to Marlene Sorosky first and found what I was looking for.  I made the dough and it was really, really wet.  A texture similar to my Aunt Joyce’s mandel bread recipe.  I figured I had to use the dough and I had to use the filling, I wasn’t going to waste either!
After letting the dough sit in the fridge for a few hours I went to work on my second batch of “H”.  This dough was not as good.  It was a little bland.  The epicurious recipe was richer and much more dense.  If I had to choose between the two, I would go with the first recipe but omit the orange zest.
When all was said and done, I had dozens of Hamantaschen and I had to get rid of it.  Friends and neighbors came home that night to little bags of “Haman’s ears” sitting on their doorsteps!