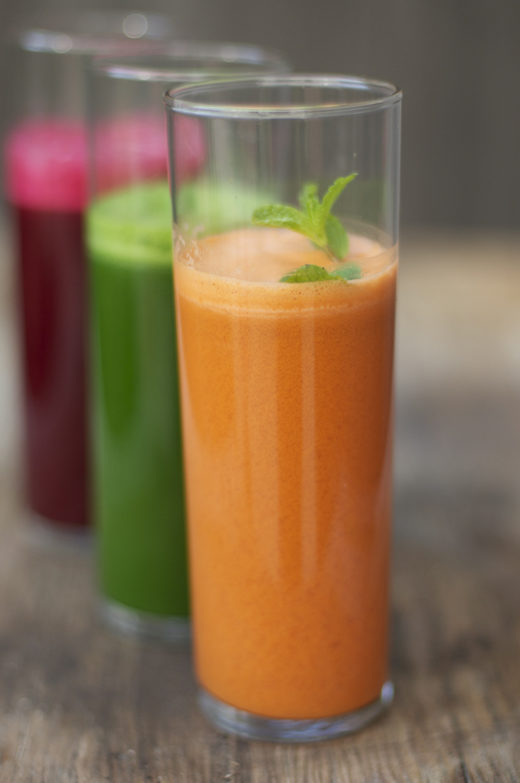 It’s the 2nd day of January. How many of you have vowed (or “resolved”) to 1) eating better, 2) exercising everyday, 3) omitting the “white stuff”, 4) accepted that reality-TV is an addiction and a 12 step is in order , 5) stop yelling at the kids-does no good, and 6) promise to take more time for oneself? We all say the same thing, but after 10 days or so, we give up – go back to our old habits and continue to make excuses.

Excuses no more. My two biggest commitments are going to be getting my tush moving, each and every day, and ingest more fresh, organic, fruits and veggies. To help facilitate and motivate, I have made a new playlist which I will walk to and after much research, purchased the Hurom Slow Juicer. 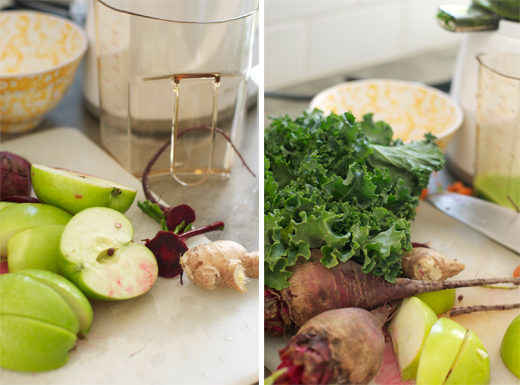 It is time to clean out, shed those lousy 10 pounds, and bring more wholesome goodness to each and every meal. My friend Mary(a chef and entrepreneur) turned me onto the machine and I am now hooked. Levi’s fresh apple juice(with an added leaf or two of kale) is giving him his sugar fix without the “white stuff”. This is just the beginning of changing the way we eat, snack, and nourish ourselves in 2012. 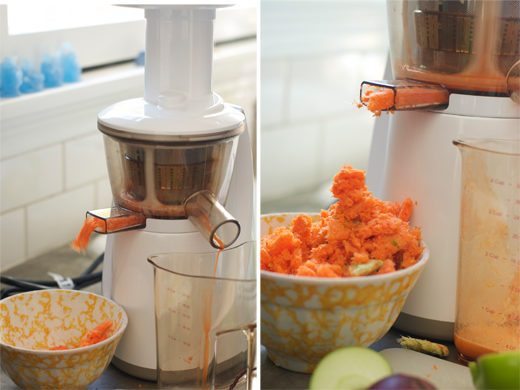 I do yoga 2-3 times per week and on alternate days I walk(3 miles) and do an occasional hike now and again. I have always liked music that gets my body moving. Hard rock never did it for me. In middle school it was all about Carole King, Elton John, Steely Dan, James Taylor, Paul McCartney, and a little Cat Stevens. In high school I found Earth, Wind, and Fire, Stevie Wonder, Kenny Loggins, and anything that got my body to move. Today, it is no different.

Here is my new playlist to get me moving in the a.m. even if on somedays, it is just to walk the kids to school!

“Rolling in the Deep” by Adele
“Put Your Records On” by Corrine Bailey Rae
“Pocket Full of Sunshine” by Natasha Bedingfield
“Imma Be” by Black Eyed Peas”
“I Gotta Feeling” by Black Eyed Peas”
“You’re Beautiful” by James Blunt
“Suffragette City” by David Bowie
“I’ll Be Lovin’ U Long Time” by Mariah Carey
“Layla” by Eric Clapton
“Shiver” by Coldplay
“All I Wanna Do” by Sheryl Crow
“Hard Candy” by Counting Crows
“Get UR Freak On” by Missy Elliott
“Love You I Do” by Jennifer Hudson
“Mudfootball” by Jack Johnson
“We’re Going To Be Friends” by Jack Johnson
“Don’t Stop ‘Til You Get Enough” by Michael Jackson
“ABC” by The Jackson 5
“LUV” by Janet Jackson
“Can’t B Good” by Janet Jackson
“Bleeding Love” by Leona Lewis
“It Ain’t Over Til It’s Over” by Lenny Kravitz
“Jamming” by Bob Marley
“Sunday Morning” by Maroon 5
“Waiting on the World” by John Mayer
“Closer” by Ne-Yo
“Wedding Bell Blues” by Laura Nyro
“I’ll Be Missing You” by Puff Daddy + The Family
“Hang on to your Love” by Sade
“Georgia” by Boz Scaggs
“Cecilia” by Simon + Garfunkel
“We Are Family” by Sister Sledge
“Hollaback Girl” by Gwen Stefani
“My Old School” by Steely Dan
“Do I Do” by Stevie Wonder
“If You Really Love Me” by Stevie Wonder
“Girl They Won’t Believe It” by Joss Stone
“Put Your Hands On Me” by Joss Stone
“This Must Be the Place” by Talking Heads
“Let’s Spend The Night Together” by The Rolling Stones
“More Today Than Yesterday” by The Spiral Staircase
“Eli’s Coming” by Three Dog Night
“Glad” by Traffic
“Hey, Soul Sister” by Train
“Tu Compania” by Keith Urban
“Stronger” by Kanye West
“It’s a New Day” by will.i.am
“Lovely Day” by Bill Withers 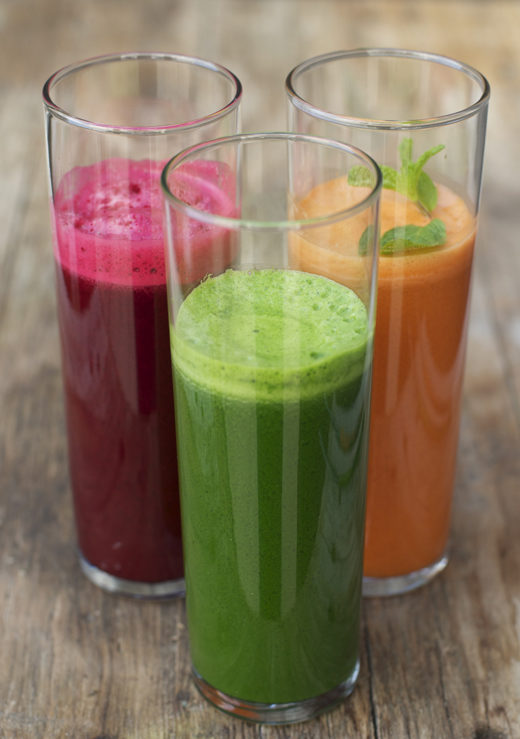