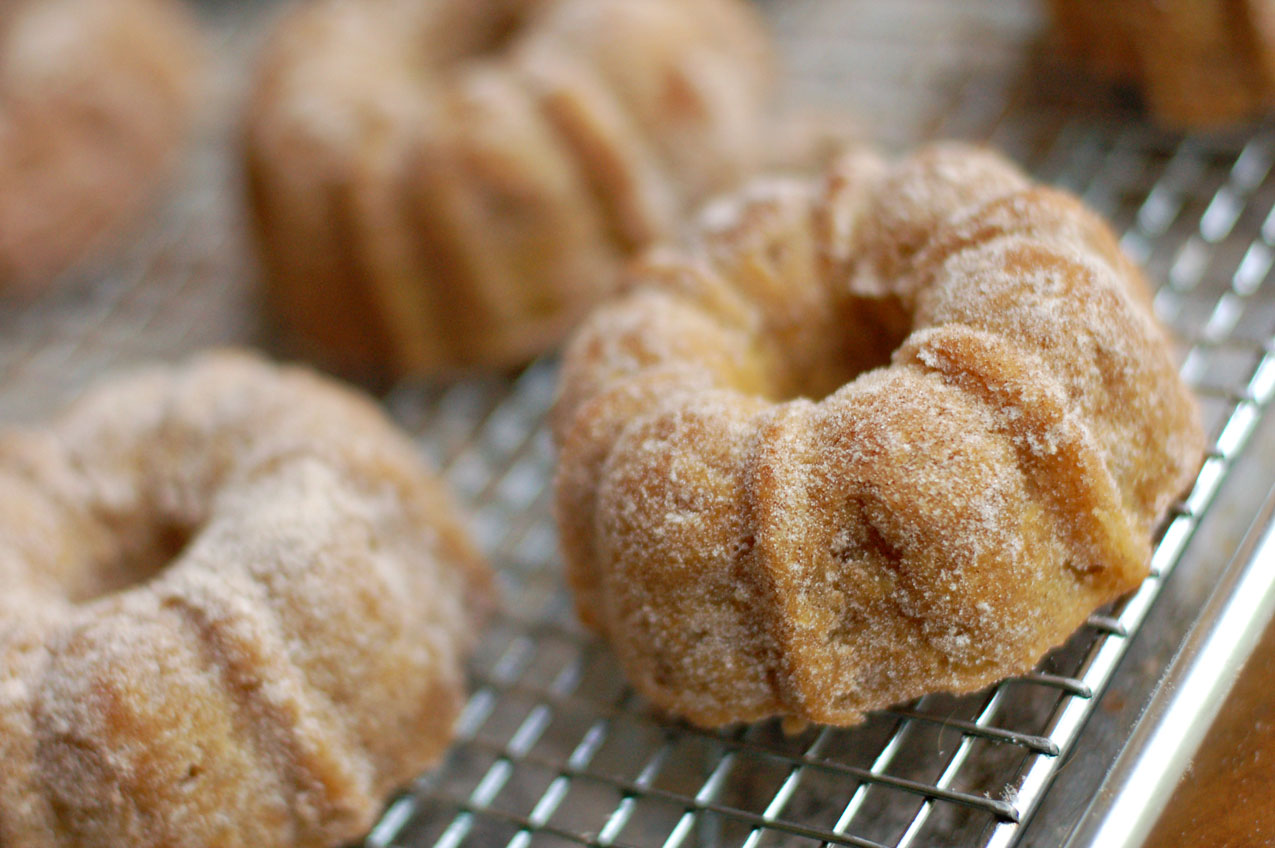 This past Tuesday I had a meeting with the Principal of Eli’s future middle school.  I couldn’t go empty handed!

I was reading my Donna Hay magazine and I came to the chapter; “Queen of Cakes”.  The photos are GORGEEZMO and each and every recipe looked better than the next. I will, ultimately, be making them all. Yet, the cinnamon sugar-coated maple apple cakes jumped out at me.

When the three woman in the meeting took their first bite of their little individual cakes, they moaned! Enough said!

ingredients:
2 1/2 cups self-raising flour-sifted
1 tsp. ground cinnamon
250g butter, melted(i used my digital scale)
1 cup brown sugar
1/2 cup maple syrup
4 eggs
6 red apples, peeled and grated(i used fuji’s)
2 tsp. ground cinnamon, extra
1 cup caster (superfine) sugar
instructions:
• preheat oven to 355*.
• place flour and cinnamon in bowl and mix to combine.
• add the butter, brown sugar, maple syrup, eggs, and apple. mix well to combine.
• spoon into a well greased(I coated with butter and sprinkled a bit of flour in the molds), 1 cup-capacity bundt tins.
• bake for 25-27 minutes or until a toothpick inserted into the center comes out clean. cooked when tested with a skewer.
• let rest 10 minutes. while hot, remove them from the bundt tin and turn out onto a wire rack
• place extra cinnamon and sugar in a bowl and mix to combine.  coat the cakes in the sugar and cool.